Nexstar Media Group (NASDAQ:NXST – Get Rating) last issued its quarterly earnings data on Tuesday, February 22nd. The company reported $6.19 earnings per share (EPS) for the quarter, topping analysts’ consensus estimates of $4.87 by $1.32. Nexstar Media Group had a return on equity of 31.18% and a net margin of 17.95%. The business had revenue of $1.25 billion during the quarter, compared to analyst estimates of $1.23 billion. During the same period in the prior year, the company posted $7.97 EPS. The business’s revenue for the quarter was down 9.5% compared to the same quarter last year. On average, sell-side analysts forecast that Nexstar Media Group, Inc. will post 24.58 EPS for the current fiscal year.

Want to see what other hedge funds are holding NXST? Visit HoldingsChannel.com to get the latest 13F filings and insider trades for Nexstar Media Group, Inc. (NASDAQ:NXST – Get Rating). 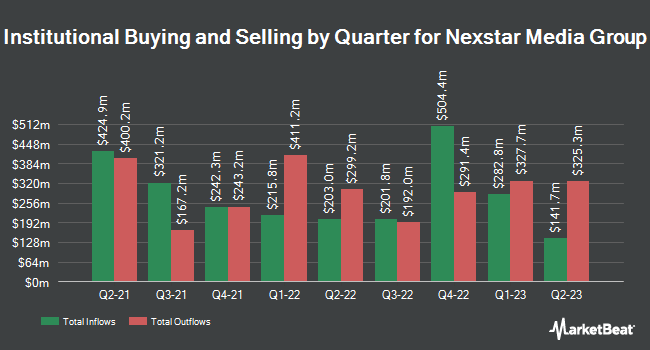