SailPoint Technologies (NYSE:SAIL – Get Rating) was downgraded by analysts at Needham & Company LLC from a “buy” rating to a “hold” rating in a report released on Monday, The Fly reports.

SailPoint Technologies (NYSE:SAIL – Get Rating) last released its quarterly earnings data on Monday, February 28th. The company reported $0.09 EPS for the quarter, topping the Thomson Reuters’ consensus estimate of ($0.07) by $0.16. SailPoint Technologies had a negative return on equity of 9.86% and a negative net margin of 14.04%. The firm had revenue of $135.60 million for the quarter, compared to the consensus estimate of $113.72 million. During the same quarter in the previous year, the business earned $0.05 earnings per share. The company’s quarterly revenue was up 31.2% on a year-over-year basis. Research analysts expect that SailPoint Technologies will post -0.77 EPS for the current year. 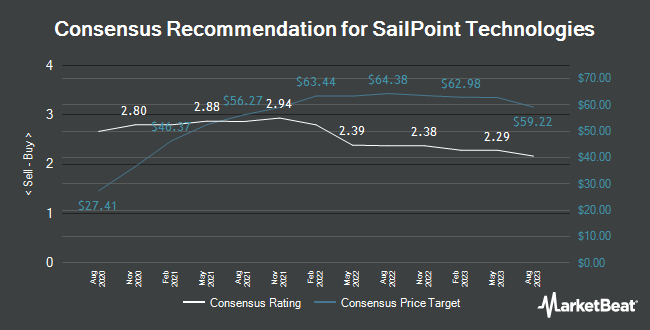 Complete the form below to receive the latest headlines and analysts' recommendations for SailPoint Technologies with our free daily email newsletter: