Shares of Capricorn Energy PLC (LON:CNE – Get Rating) have received an average rating of “Buy” from the seven ratings firms that are currently covering the stock, Marketbeat.com reports. Three analysts have rated the stock with a hold rating and four have issued a buy rating on the company. The average 1 year target price among analysts that have issued a report on the stock in the last year is GBX 223.86 ($2.92).

Capricorn Energy PLC operates as an independent oil and gas exploration, development, and production company. The company holds a portfolio of exploration, development, and production assets in the United Kingdom, Israel, Egypt, Mauritania, Mexico, and Suriname. Its activities focused in North West Europe, North and West Africa, and Latin America. 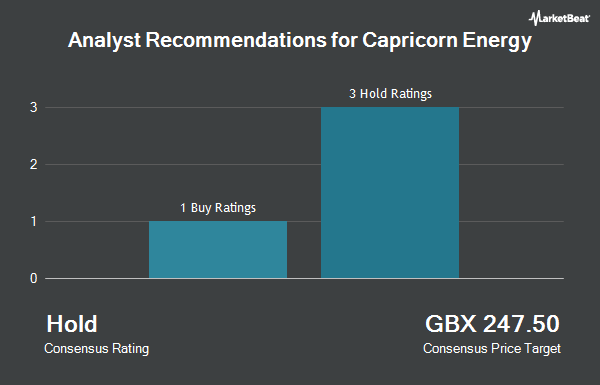 Complete the form below to receive the latest headlines and analysts' recommendations for Capricorn Energy with our free daily email newsletter: