DexCom, Inc. (NASDAQ:DXCM – Get Rating) EVP Chad Patterson sold 776 shares of the company’s stock in a transaction dated Monday, April 11th. The stock was sold at an average price of $498.75, for a total transaction of $387,030.00. Following the completion of the sale, the executive vice president now owns 14,452 shares in the company, valued at approximately $7,207,935. The transaction was disclosed in a filing with the SEC, which is available through this hyperlink.

Shares of DexCom are set to split before the market opens on Friday, June 10th. The 4-1 split was announced on Friday, March 25th. The newly created shares will be payable to shareholders after the market closes on Thursday, June 9th.

DexCom (NASDAQ:DXCM – Get Rating) last announced its quarterly earnings results on Thursday, February 10th. The medical device company reported $0.68 EPS for the quarter, missing the Zacks’ consensus estimate of $0.86 by ($0.18). The business had revenue of $698.20 million for the quarter, compared to analysts’ expectations of $698.66 million. DexCom had a net margin of 6.32% and a return on equity of 12.87%. The business’s quarterly revenue was up 22.7% compared to the same quarter last year. During the same quarter in the previous year, the company posted $0.91 earnings per share. As a group, analysts anticipate that DexCom, Inc. will post 3.39 earnings per share for the current year.

About DexCom (Get Rating) 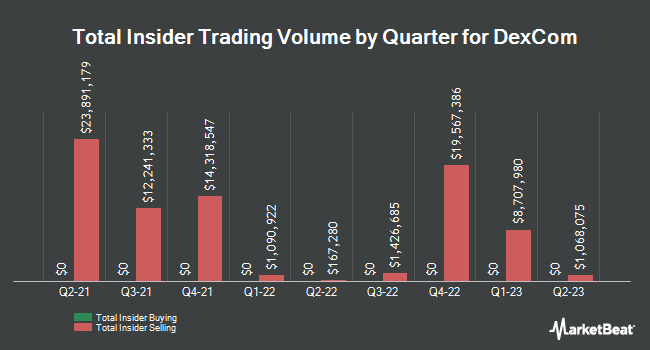