Harrow Health, Inc. (NASDAQ:HROW – Get Rating) major shareholder Opaleye Management Inc. acquired 28,557 shares of the business’s stock in a transaction on Tuesday, April 12th. The shares were bought at an average price of $6.75 per share, with a total value of $192,759.75. Following the completion of the transaction, the insider now directly owns 3,165,000 shares of the company’s stock, valued at $21,363,750. The transaction was disclosed in a legal filing with the SEC, which is available at this hyperlink. Major shareholders that own at least 10% of a company’s shares are required to disclose their transactions with the SEC.

Separately, Zacks Investment Research downgraded shares of Harrow Health from a “hold” rating to a “strong sell” rating in a research report on Tuesday, March 15th.

About Harrow Health (Get Rating) 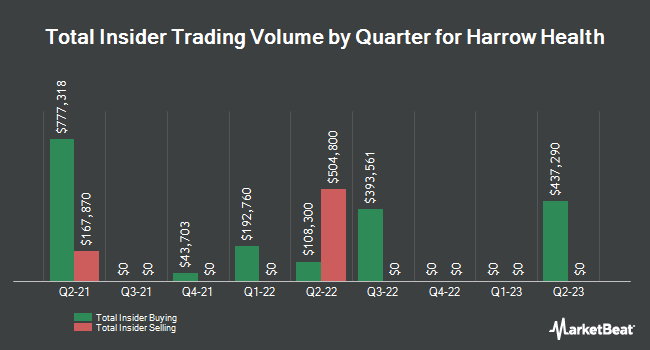 Skillful Craftsman Education Technology Limited Short Interest Down 66.2% in May

Primerica, Inc. Given Consensus Rating of “Hold” by Brokerages

Complete the form below to receive the latest headlines and analysts' recommendations for Harrow Health with our free daily email newsletter: