AutoNation (NYSE:AN – Get Rating) is set to announce its earnings results before the market opens on Thursday, April 21st. Analysts expect the company to announce earnings of $5.39 per share for the quarter. Investors that are interested in participating in the company’s conference call can do so using this link.

AutoNation (NYSE:AN – Get Rating) last released its earnings results on Thursday, February 17th. The company reported $5.76 earnings per share for the quarter, topping analysts’ consensus estimates of $5.00 by $0.76. The business had revenue of $6.58 billion for the quarter, compared to analyst estimates of $6.37 billion. AutoNation had a return on equity of 50.46% and a net margin of 5.31%. The business’s revenue was up 13.8% compared to the same quarter last year. During the same quarter last year, the firm posted $2.43 earnings per share. On average, analysts expect AutoNation to post $20 EPS for the current fiscal year and $18 EPS for the next fiscal year. 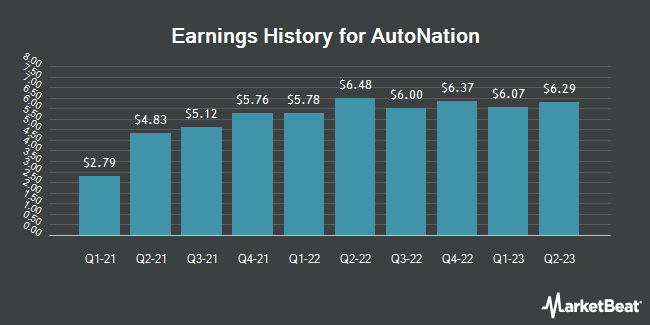