Cinemark (NYSE:CNK – Get Rating) last announced its quarterly earnings data on Friday, February 25th. The company reported $0.05 earnings per share (EPS) for the quarter, beating the consensus estimate of ($0.14) by $0.19. The business had revenue of $666.70 million for the quarter, compared to the consensus estimate of $598.07 million. Cinemark had a negative net margin of 27.99% and a negative return on equity of 107.64%. The company’s quarterly revenue was up 578.9% compared to the same quarter last year. During the same quarter in the prior year, the firm posted ($2.03) earnings per share.

About Cinemark (Get Rating) 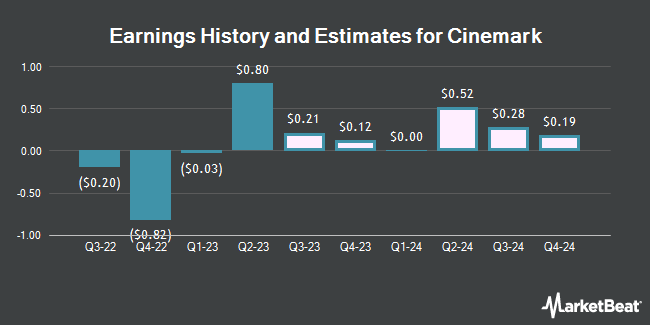