Victoria’s Secret & Co. (NYSE:VSCO – Get Rating) has been given an average rating of “Buy” by the twelve brokerages that are covering the firm, Marketbeat reports. Four analysts have rated the stock with a hold rating and six have given a buy rating to the company. The average 12 month price objective among brokers that have issued a report on the stock in the last year is $75.27.

Victoria’s Secret & Co. (NYSE:VSCO – Get Rating) last released its quarterly earnings data on Wednesday, March 2nd. The company reported $2.70 earnings per share for the quarter, topping the Zacks’ consensus estimate of $2.64 by $0.06. The business had revenue of $2.18 billion during the quarter, compared to analysts’ expectations of $2.14 billion. During the same period last year, the company earned $3.20 earnings per share. The firm’s revenue was up 3.6% compared to the same quarter last year. As a group, research analysts anticipate that Victoria’s Secret & Co. will post 6.92 EPS for the current fiscal year. 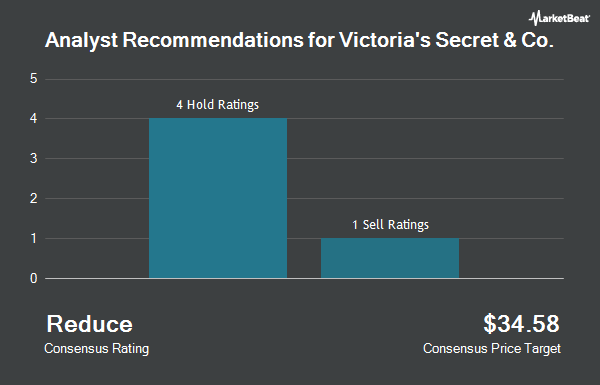