Ping Identity Holding Corp. (NYSE:PING – Get Rating) COO Bryan Kristian Nagel sold 59,000 shares of Ping Identity stock in a transaction dated Wednesday, April 13th. The shares were sold at an average price of $30.07, for a total value of $1,774,130.00. Following the transaction, the chief operating officer now directly owns 473,387 shares of the company’s stock, valued at approximately $14,234,747.09. The transaction was disclosed in a legal filing with the SEC, which can be accessed through this link.

Ping Identity (NYSE:PING – Get Rating) last posted its quarterly earnings data on Thursday, February 24th. The company reported ($0.13) EPS for the quarter, missing the consensus estimate of ($0.10) by ($0.03). The company had revenue of $75.42 million during the quarter, compared to the consensus estimate of $71.39 million. Ping Identity had a negative return on equity of 4.65% and a negative net margin of 21.50%. The firm’s quarterly revenue was up 19.2% compared to the same quarter last year. During the same period last year, the business earned $0.04 EPS. As a group, equities research analysts predict that Ping Identity Holding Corp. will post -0.57 earnings per share for the current fiscal year. 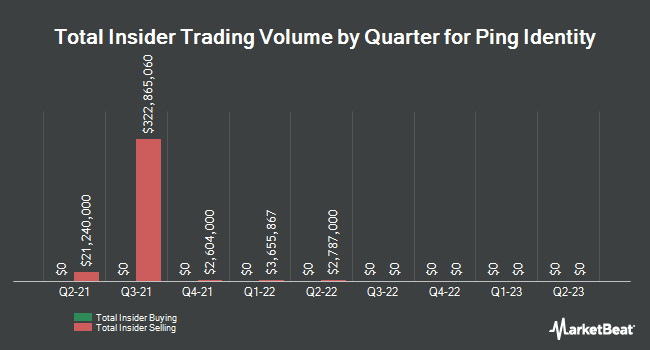 Complete the form below to receive the latest headlines and analysts' recommendations for Ping Identity with our free daily email newsletter: