LiveVox (NASDAQ:LVOX – Get Rating) had its target price trimmed by The Goldman Sachs Group from $6.00 to $4.00 in a report issued on Thursday morning, MarketBeat Ratings reports. The brokerage currently has a neutral rating on the stock.

About LiveVox (Get Rating)

LiveVox Holding, Inc develops and markets cloud-based contact-center-as-a-service customer engagement platform primarily in the United States. Its products include Contact Manager and Extract, Transform, and Load Tools, a database layer that functions as a repository and orchestration layer for customers and their customer records; U-CRM, a visual layer that provides relevant customer details to agents; U-Ticket that creates support tickets and tracks all the relevant details to solve issues; U-Script, a visual agent flow tool to provide guidance and visual navigation to agents; and Attempt Supervisor, which enables contact centers to set rules and restrictions relative to the number of voice calls attempted to any particular phone number and/or account. 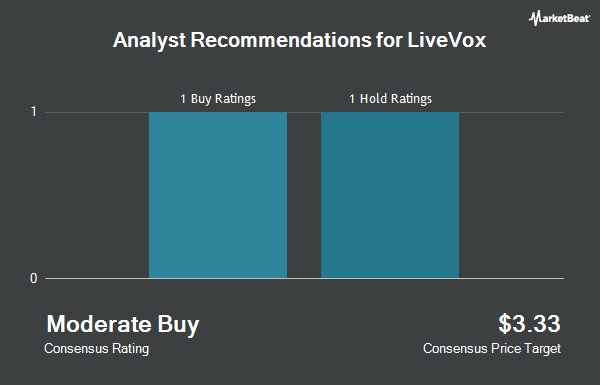 Receive News & Ratings for LiveVox Daily - Enter your email address below to receive a concise daily summary of the latest news and analysts' ratings for LiveVox and related companies with MarketBeat.com's FREE daily email newsletter.

$0.45 Earnings Per Share Expected for Healthcare Trust of America, Inc. This Quarter

Complete the form below to receive the latest headlines and analysts' recommendations for LiveVox with our free daily email newsletter: