Woodward, Inc. (NASDAQ:WWD) Given Average Rating of “Hold” by Analysts

Woodward (NASDAQ:WWD – Get Rating) last released its quarterly earnings results on Monday, January 31st. The technology company reported $0.56 EPS for the quarter, missing the Zacks’ consensus estimate of $0.81 by ($0.25). Woodward had a return on equity of 9.44% and a net margin of 8.77%. The company had revenue of $541.59 million during the quarter, compared to analysts’ expectations of $590.08 million. During the same period in the prior year, the firm earned $0.64 EPS. On average, research analysts expect that Woodward will post 3.75 EPS for the current fiscal year.

The company also recently declared a quarterly dividend, which was paid on Monday, March 7th. Investors of record on Monday, February 21st were issued a dividend of $0.19 per share. This is a positive change from Woodward’s previous quarterly dividend of $0.16. This represents a $0.76 dividend on an annualized basis and a yield of 0.65%. The ex-dividend date was Thursday, February 17th. Woodward’s dividend payout ratio is currently 25.25%. 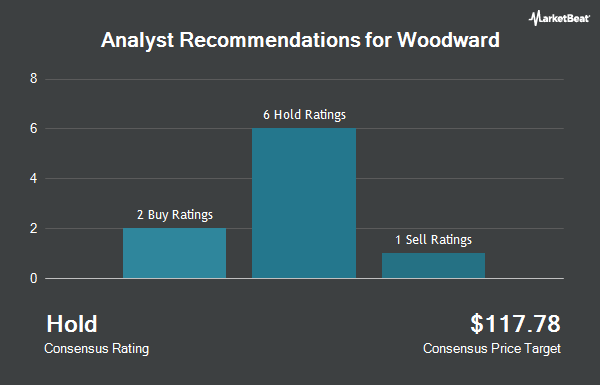 $0.04 Earnings Per Share Expected for QuinStreet, Inc. This Quarter

Critical Analysis: Enovix versus Its Competitors