Latch (NASDAQ:LTCH – Get Rating) was downgraded by Zacks Investment Research from a “hold” rating to a “sell” rating in a research report issued to clients and investors on Saturday, Zacks.com reports.

According to Zacks, “Latch Inc. is a maker of the full-building enterprise software-as-a-service platform LatchOS. Latch Inc., formerly known as TS Innovation Acquisitions Corp., is based in NEW YORK. “

Latch (NASDAQ:LTCH – Get Rating) last released its quarterly earnings data on Thursday, February 24th. The company reported ($0.27) earnings per share for the quarter, beating analysts’ consensus estimates of ($0.29) by $0.02. The firm had revenue of $14.52 million during the quarter, compared to analysts’ expectations of $13.25 million. As a group, equities analysts anticipate that Latch will post -1.56 EPS for the current year. 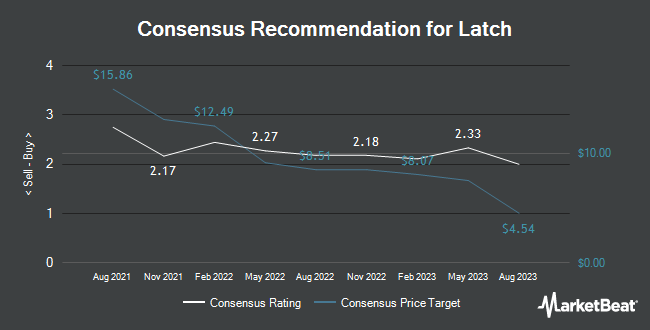