Shares of Warner Music Group Corp. (NASDAQ:WMG – Get Rating) have earned a consensus recommendation of “Hold” from the fourteen brokerages that are currently covering the firm, Marketbeat reports. Two equities research analysts have rated the stock with a sell rating, three have issued a hold rating and eight have given a buy rating to the company. The average 1 year target price among analysts that have issued a report on the stock in the last year is $48.09.

The business also recently declared a quarterly dividend, which was paid on Tuesday, March 1st. Stockholders of record on Friday, February 18th were given a $0.15 dividend. The ex-dividend date was Thursday, February 17th. This represents a $0.60 annualized dividend and a dividend yield of 1.68%. Warner Music Group’s dividend payout ratio is currently 80.00%. 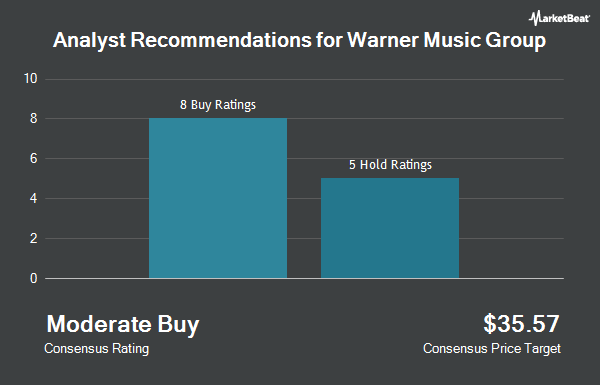