Shares of Burlington Stores, Inc. (NYSE:BURL – Get Rating) have been assigned a consensus rating of “Buy” from the twenty-three analysts that are presently covering the firm, MarketBeat.com reports. One investment analyst has rated the stock with a sell recommendation, three have assigned a hold recommendation and sixteen have given a buy recommendation to the company. The average 12 month price target among brokerages that have covered the stock in the last year is $293.89.

Burlington Stores, Inc engages in the retail of off-price apparel and home products. It offers women’s ready-to-wear apparel, accessories, footwear, menswear, youth apparel, baby, coats, beauty, toys, and gifts. The company was founded in 1972 and is headquartered in Burlington, NJ. 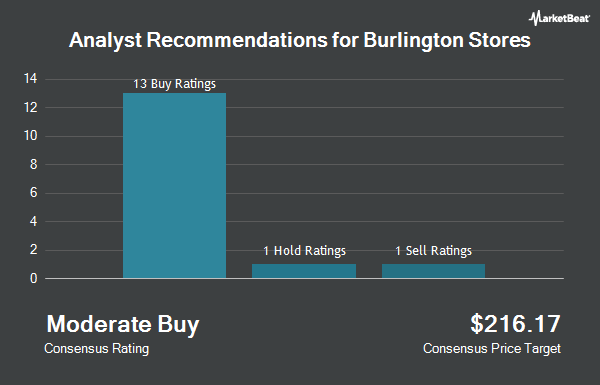