Tullow Oil plc (LON:TLW – Get Rating) has earned an average rating of “Buy” from the nine research firms that are presently covering the company, Marketbeat Ratings reports. Four equities research analysts have rated the stock with a hold rating and five have assigned a buy rating to the company. The average 12 month target price among brokerages that have issued ratings on the stock in the last year is GBX 72.11 ($0.94).

About Tullow Oil (Get Rating)

Tullow Oil plc engages in the oil and gas exploration, development, and production activities primarily in Africa and South America. As of December 31, 2021, its portfolio comprised 30 licenses in 8 countries with 30 producing wells. The company was founded in 1985 and is headquartered in London, the United Kingdom. 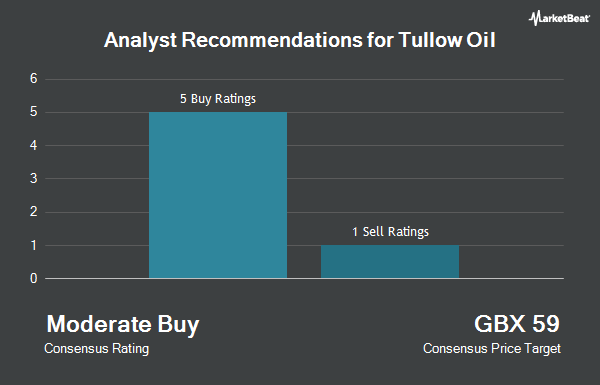 Complete the form below to receive the latest headlines and analysts' recommendations for Tullow Oil with our free daily email newsletter: