Redbox Entertainment Inc. (NASDAQ:RDBX – Get Rating) – B. Riley reduced their Q3 2023 EPS estimates for shares of Redbox Entertainment in a note issued to investors on Monday, April 18th. B. Riley analyst E. Wold now expects that the company will earn $0.18 per share for the quarter, down from their prior estimate of $0.20. B. Riley currently has a “Buy” rating and a $10.00 target price on the stock. 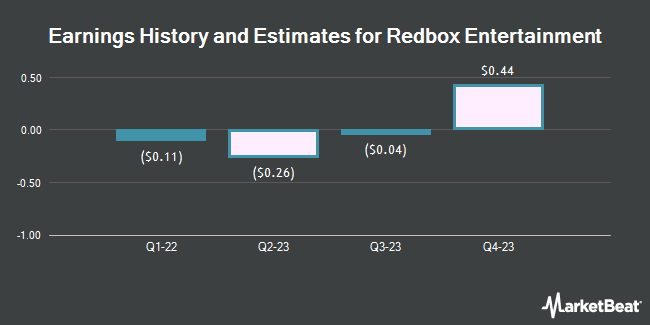 Complete the form below to receive the latest headlines and analysts' recommendations for Redbox Entertainment with our free daily email newsletter: