Range Resources (NYSE:RRC – Get Rating) is scheduled to be issuing its quarterly earnings data after the market closes on Tuesday, April 26th. Analysts expect the company to announce earnings of $1.08 per share for the quarter. Parties interested in registering for the company’s conference call can do so using this link.

Range Resources (NYSE:RRC – Get Rating) last announced its quarterly earnings data on Tuesday, February 22nd. The oil and gas exploration company reported $0.96 earnings per share (EPS) for the quarter, missing analysts’ consensus estimates of $0.98 by ($0.02). The business had revenue of $1.57 billion during the quarter, compared to analyst estimates of $871.99 million. Range Resources had a net margin of 14.05% and a return on equity of 31.21%. The firm’s revenue for the quarter was up 161.6% compared to the same quarter last year. During the same period in the prior year, the firm earned $0.02 earnings per share. On average, analysts expect Range Resources to post $4 EPS for the current fiscal year and $4 EPS for the next fiscal year. 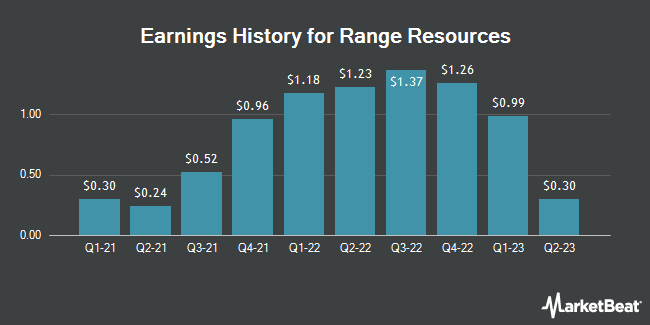 MariMed and Its Peers Head to Head Comparison

NeoGames vs. Its Peers Head-To-Head Contrast

$0.44 Earnings Per Share Expected for Associated Banc-Corp This Quarter