SentinelOne, Inc. (NYSE:S) Given Average Rating of “Buy” by Analysts

SentinelOne (NYSE:S – Get Rating) last issued its quarterly earnings data on Tuesday, March 15th. The company reported ($0.27) earnings per share for the quarter, topping the consensus estimate of ($0.28) by $0.01. The business had revenue of $65.60 million during the quarter, compared to the consensus estimate of $60.69 million. SentinelOne had a negative net margin of 132.37% and a negative return on equity of 22.36%. The company’s revenue was up 119.4% compared to the same quarter last year. During the same quarter in the previous year, the firm earned ($1.00) EPS. On average, equities analysts predict that SentinelOne will post -1.14 EPS for the current year. 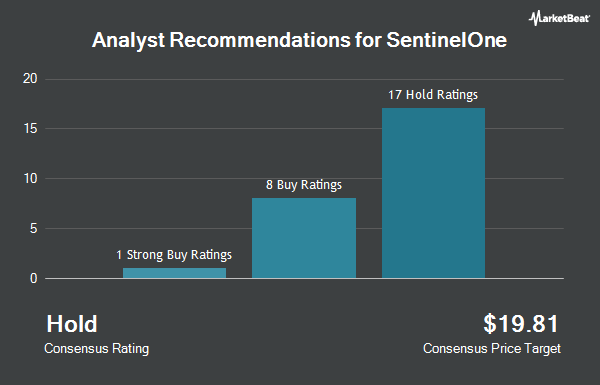