The Weir Group PLC (LON:WEIR – Get Rating) declared a dividend on Monday, March 7th, Upcoming.Co.Uk reports. Shareholders of record on Thursday, April 21st will be paid a dividend of GBX 12.30 ($0.16) per share on Monday, June 6th. This represents a yield of 0.81%. The ex-dividend date is Thursday, April 21st. This is a positive change from The Weir Group’s previous dividend of $11.50. The official announcement can be accessed at this link.

About The Weir Group (Get Rating) 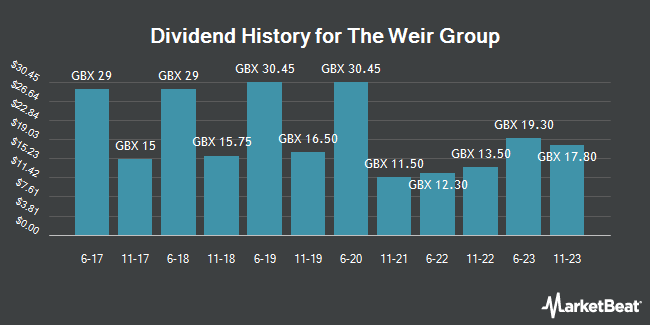 Complete the form below to receive the latest headlines and analysts' recommendations for The Weir Group with our free daily email newsletter: