Maven Income and Growth VCT 4 PLC is a venture capital trust fund specializes in mature and later stage. It seeks to invest in mature small and medium sized companies operating in a range of sectors and AIM/ISDX quoted companies. The fund invests in the United Kingdom. It does not invest more than Â£1 million ($1.2 million) in its companies within one year. 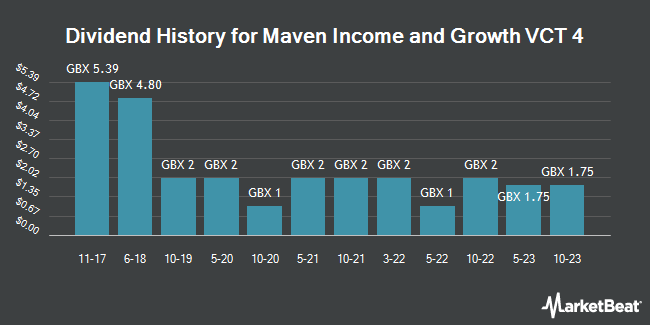 Complete the form below to receive the latest headlines and analysts' recommendations for Maven Income & Growth VCT 4 with our free daily email newsletter: