Spire (NYSE:SR – Get Rating) had its target price raised by equities research analysts at Morgan Stanley from $70.00 to $74.00 in a report released on Wednesday, Benzinga reports. The firm currently has an “equal weight” rating on the utilities provider’s stock. Morgan Stanley’s price target would indicate a potential downside of 6.28% from the stock’s current price.

Spire (NYSE:SR – Get Rating) last released its quarterly earnings results on Wednesday, February 2nd. The utilities provider reported $1.14 earnings per share (EPS) for the quarter, missing the Thomson Reuters’ consensus estimate of $1.31 by ($0.17). Spire had a net margin of 10.29% and a return on equity of 10.13%. The business had revenue of $555.40 million for the quarter, compared to the consensus estimate of $548.70 million. During the same period in the previous year, the business posted $1.42 EPS. Spire’s revenue was up 8.3% on a year-over-year basis. As a group, equities analysts expect that Spire will post 3.89 earnings per share for the current fiscal year.

Spire Inc, together with its subsidiaries, engages in the purchase, retail distribution, and sale of natural gas to residential, commercial, industrial, and other end-users of natural gas in the United States. The company operates in two segments, Gas Utility and Gas Marketing. It is also involved in the marketing of natural gas. 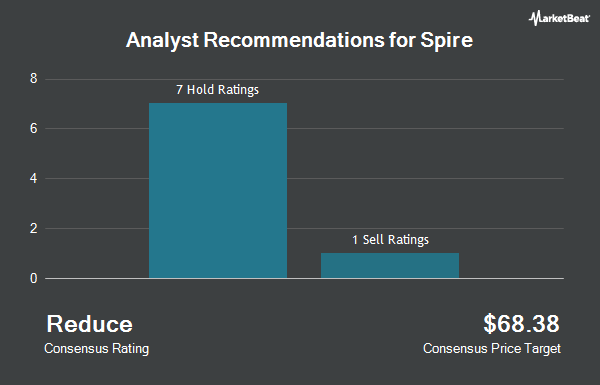 Receive News & Ratings for Spire Daily - Enter your email address below to receive a concise daily summary of the latest news and analysts' ratings for Spire and related companies with MarketBeat.com's FREE daily email newsletter.

Complete the form below to receive the latest headlines and analysts' recommendations for Spire with our free daily email newsletter: