Ortho Clinical Diagnostics (NASDAQ:OCDX – Get Rating) was downgraded by Zacks Investment Research from a “strong-buy” rating to a “hold” rating in a research note issued on Wednesday, Zacks.com reports.

According to Zacks, “Ortho Clinical Diagnostics deals with in vitro and in vivo diagnostic substances. “

Ortho Clinical Diagnostics (NASDAQ:OCDX – Get Rating) last released its quarterly earnings data on Wednesday, February 16th. The company reported $0.17 EPS for the quarter, beating the Thomson Reuters’ consensus estimate of $0.13 by $0.04. The business had revenue of $521.00 million for the quarter, compared to the consensus estimate of $525.26 million. Ortho Clinical Diagnostics had a negative net margin of 2.66% and a positive return on equity of 42.86%. The company’s revenue was up .9% compared to the same quarter last year. During the same period in the prior year, the firm earned $0.17 earnings per share. As a group, equities research analysts expect that Ortho Clinical Diagnostics will post 0.87 EPS for the current fiscal year.

In related news, EVP Michael A. Schlesinger sold 88,043 shares of the company’s stock in a transaction that occurred on Monday, April 4th. The shares were sold at an average price of $18.77, for a total value of $1,652,567.11. Following the transaction, the executive vice president now directly owns 87,637 shares in the company, valued at $1,644,946.49. The transaction was disclosed in a document filed with the SEC, which can be accessed through the SEC website.

Ortho Clinical Diagnostics Holdings plc provides in-vitro diagnostics solutions to the clinical laboratory and transfusion medicine communities worldwide. The company offers automated instruments; and assays, reagents, and other consumables that are used by these instruments to generate test results. 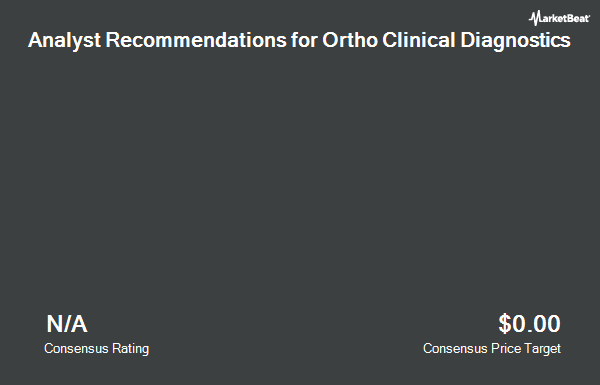 Recruiter.com Group, Inc. Short Interest Down 40.7% in May

Complete the form below to receive the latest headlines and analysts' recommendations for Ortho Clinical Diagnostics with our free daily email newsletter: