Enbridge Inc. (NYSE:ENB – Get Rating) (TSE:ENB) – Stock analysts at Raymond James raised their FY2023 earnings per share (EPS) estimates for Enbridge in a report released on Tuesday, April 19th. Raymond James analyst A. Bradford now expects that the pipeline company will earn $2.65 per share for the year, up from their previous estimate of $2.52. Raymond James has a “Market Perform” rating and a $54.50 price objective on the stock.

Enbridge (NYSE:ENB – Get Rating) (TSE:ENB) last announced its quarterly earnings results on Friday, February 11th. The pipeline company reported $0.54 EPS for the quarter, missing the consensus estimate of $0.61 by ($0.07). The company had revenue of $9.89 billion during the quarter, compared to analysts’ expectations of $10.10 billion. Enbridge had a return on equity of 9.98% and a net margin of 12.66%. 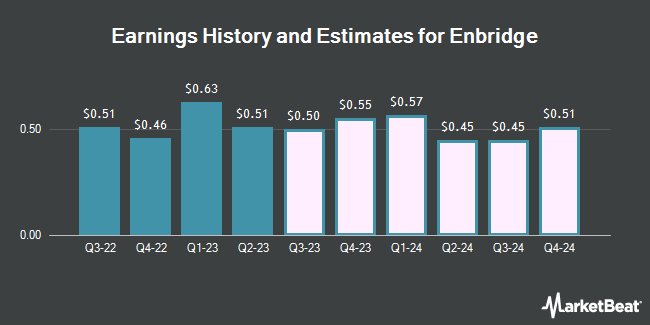