STMicroelectronics (NYSE:STM – Get Rating) will post its quarterly earnings results before the market opens on Wednesday, April 27th. Analysts expect STMicroelectronics to post earnings of $0.71 per share for the quarter. Individual interested in registering for the company’s earnings conference call can do so using this link.

About STMicroelectronics (Get Rating)

STMicroelectronics N.V., together with its subsidiaries, designs, develops, manufactures, and sells semiconductor products in Europe, the Middle East, Africa, the Americas, and the Asia Pacific. The company operates through Automotive and Discrete Group; Analog, MEMS and Sensors Group; and Microcontrollers and Digital ICs Group segments. 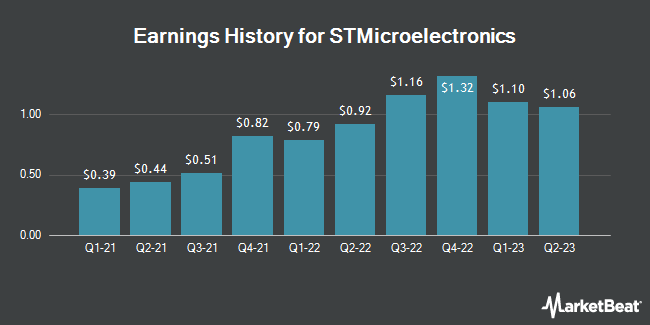 Complete the form below to receive the latest headlines and analysts' recommendations for STMicroelectronics with our free daily email newsletter: