Taylor Morrison Home (NYSE:TMHC – Get Rating) will release its earnings data before the market opens on Wednesday, April 27th. Analysts expect Taylor Morrison Home to post earnings of $1.24 per share for the quarter. Persons interested in participating in the company’s earnings conference call can do so using this link.

In related news, Director Denise Warren sold 3,671 shares of the firm’s stock in a transaction on Monday, February 14th. The shares were sold at an average price of $29.50, for a total transaction of $108,294.50. The sale was disclosed in a legal filing with the Securities & Exchange Commission, which is accessible through the SEC website. In the last ninety days, insiders sold 5,149 shares of company stock valued at $152,974. Corporate insiders own 5.80% of the company’s stock.

About Taylor Morrison Home (Get Rating)

Taylor Morrison Home Corporation, together with its subsidiaries, operates as a public homebuilder in the United States. The company designs, builds, and sells single and multi-family detached and attached homes; and develops lifestyle and master-planned communities. It also develops and constructs multi-use properties consisting of commercial space, retail, and multi-family properties under the Urban Form brand name; and offers title insurance and closing settlement services, as well as financial services. 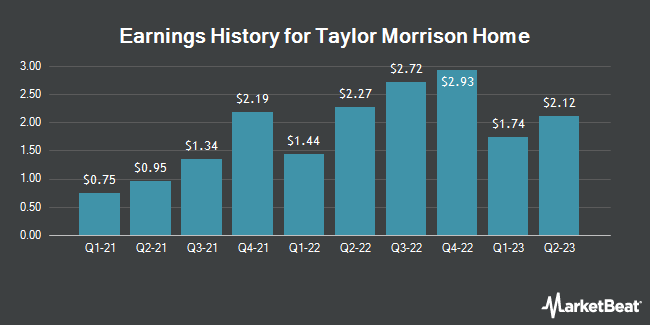 Complete the form below to receive the latest headlines and analysts' recommendations for Taylor Morrison Home with our free daily email newsletter: