Accolade (NASDAQ:ACCD – Get Rating) will release its earnings data after the market closes on Thursday, April 28th. Analysts expect Accolade to post earnings of ($0.45) per share for the quarter. Persons interested in participating in the company’s earnings conference call can do so using this link.

About Accolade (Get Rating)

Accolade, Inc develops and provides technology-enabled solutions that help people to understand, navigate, and utilize the healthcare system and their workplace benefits in the United States. The company offers a platform with cloud-based technology and multimodal support from a team of health assistants and clinicians, including nurses, physician medical directors, and behavioral health specialists. 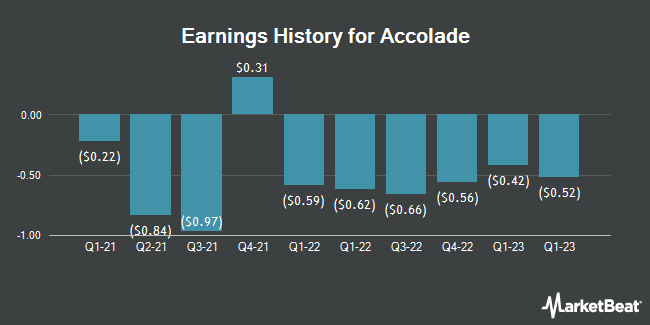 Receive News & Ratings for Accolade Daily - Enter your email address below to receive a concise daily summary of the latest news and analysts' ratings for Accolade and related companies with MarketBeat.com's FREE daily email newsletter.

Complete the form below to receive the latest headlines and analysts' recommendations for Accolade with our free daily email newsletter: