Danone (EPA:BN) Given a €49.00 Price Target by Royal Bank of Canada Analysts

Danone (EPA:BN – Get Rating) has been given a €49.00 ($52.69) price target by Royal Bank of Canada in a note issued to investors on Wednesday, Borsen Zeitung reports. Royal Bank of Canada’s target price would indicate a potential downside of 6.90% from the stock’s current price.

About Danone (Get Rating) 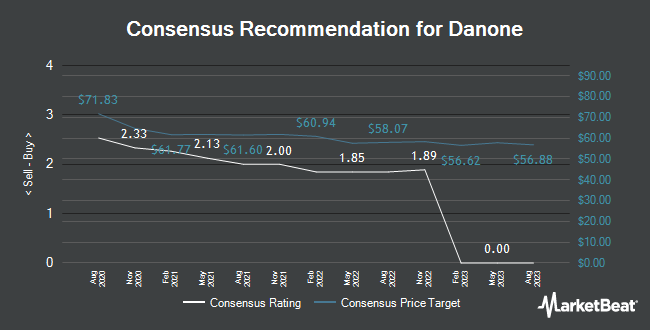 Receive News & Ratings for Danone Daily - Enter your email address below to receive a concise daily summary of the latest news and analysts' ratings for Danone and related companies with MarketBeat.com's FREE daily email newsletter.

Complete the form below to receive the latest headlines and analysts' recommendations for Danone with our free daily email newsletter: