Quest Diagnostics (NYSE:DGX – Get Rating) announced its earnings results on Thursday. The medical research company reported $3.22 earnings per share (EPS) for the quarter, beating analysts’ consensus estimates of $2.92 by $0.30, MarketWatch Earnings reports. Quest Diagnostics had a return on equity of 28.50% and a net margin of 18.49%. The company had revenue of $2.61 billion for the quarter, compared to analyst estimates of $2.64 billion. During the same quarter in the previous year, the company earned $3.76 earnings per share. The firm’s quarterly revenue was down 4.0% compared to the same quarter last year. Quest Diagnostics updated its FY 2022 guidance to $9.000-$9.500 EPS and its FY22 guidance to $9.00-9.50 EPS.

About Quest Diagnostics (Get Rating) 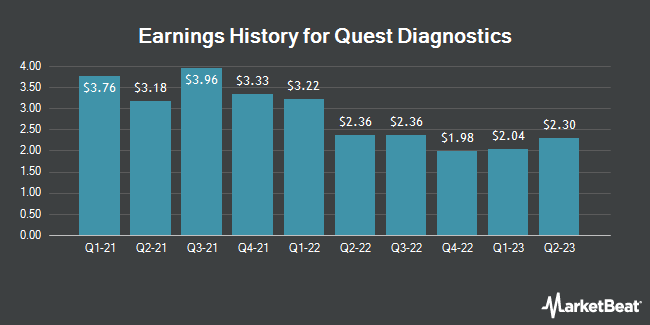