First United (NASDAQ:FUNC – Get Rating) posted its quarterly earnings data on Thursday. The bank reported $0.86 earnings per share for the quarter, beating the Thomson Reuters’ consensus estimate of $0.79 by $0.07, Fidelity Earnings reports. First United had a return on equity of 17.83% and a net margin of 25.29%.

The business also recently announced a quarterly dividend, which will be paid on Monday, May 2nd. Shareholders of record on Monday, April 18th will be given a $0.15 dividend. This represents a $0.60 annualized dividend and a yield of 2.57%. The ex-dividend date is Thursday, April 14th. First United’s dividend payout ratio is presently 20.34%.

About First United (Get Rating) 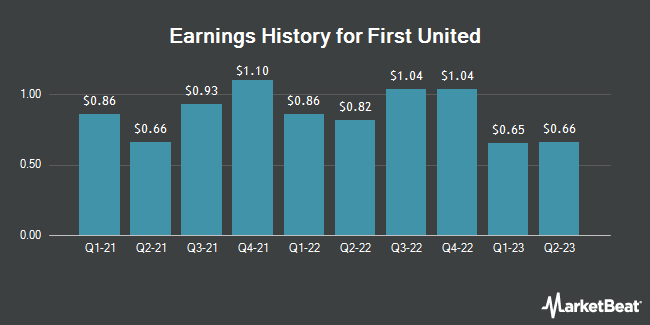 Complete the form below to receive the latest headlines and analysts' recommendations for First United with our free daily email newsletter: