Renault (EPA:RNO – Get Rating) has been given a €55.00 ($59.14) target price by analysts at JPMorgan Chase & Co. in a research note issued to investors on Friday, Borsen Zeitung reports. JPMorgan Chase & Co.‘s price target indicates a potential upside of 133.79% from the company’s current price.

About Renault (Get Rating) 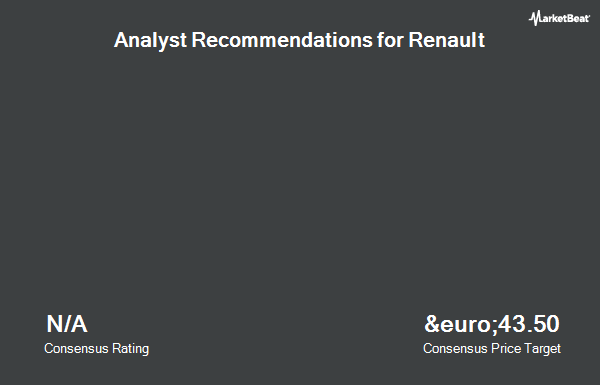 Receive News & Ratings for Renault Daily - Enter your email address below to receive a concise daily summary of the latest news and analysts' ratings for Renault and related companies with MarketBeat.com's FREE daily email newsletter.

$206.02 Million in Sales Expected for Ribbon Communications Inc. This Quarter

Complete the form below to receive the latest headlines and analysts' recommendations for Renault with our free daily email newsletter: