Evolution Mining Limited (OTCMKTS:CAHPF – Get Rating) has received a consensus recommendation of “Hold” from the nine ratings firms that are covering the company, MarketBeat.com reports. Four investment analysts have rated the stock with a sell recommendation, four have given a hold recommendation and one has issued a buy recommendation on the company. The average 1 year price target among brokerages that have updated their coverage on the stock in the last year is $4.30.

Evolution Mining Limited engages in the exploration, mine development, mine operations, and sale of gold and gold/copper concentrates in Australia and Canada. The company also explores for copper and silver deposits. As of June 30, 2021, it operated five gold mines, such as Cowal in New South Wales; Mt Carlton and Mt Rawdon in Queensland; Mungari in Western Australia; and Red Lake in Ontario. 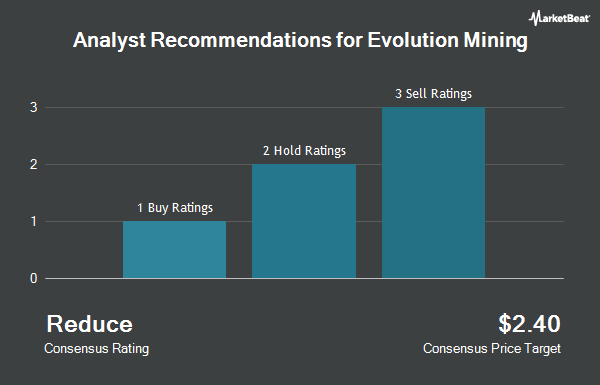 $146.68 Million in Sales Expected for Forrester Research, Inc. This Quarter

$4.91 Billion in Sales Expected for Kimberly-Clark Co. This Quarter

PagerDuty to Release Earnings on Thursday

Complete the form below to receive the latest headlines and analysts' recommendations for Evolution Mining with our free daily email newsletter: