Lucid Group, Inc. (NASDAQ:LCID – Get Rating) has been given an average recommendation of “Hold” by the nine brokerages that are currently covering the stock, Marketbeat reports. One investment analyst has rated the stock with a sell rating, three have assigned a hold rating and four have assigned a buy rating to the company. The average 12 month price objective among brokers that have issued a report on the stock in the last year is 35.67.

Lucid Group (NASDAQ:LCID – Get Rating) last posted its earnings results on Monday, February 28th. The company reported -0.37 earnings per share for the quarter, missing analysts’ consensus estimates of -0.26 by -0.11. The business had revenue of 26.40 million during the quarter, compared to analysts’ expectations of 59.87 million. The company’s quarterly revenue was up 633.3% on a year-over-year basis. Research analysts expect that Lucid Group will post -1.25 earnings per share for the current year. 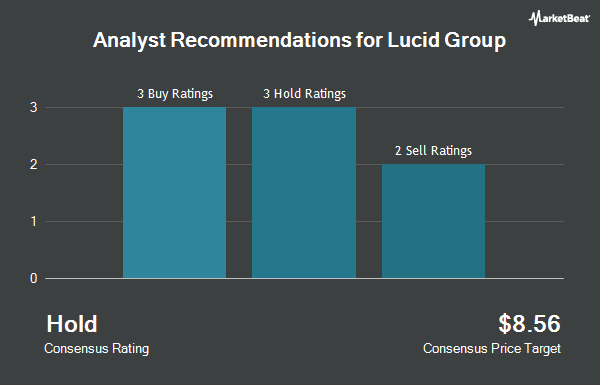 Cenovus Energy Price Target Cut to $26.00 by Analysts at Cormark