Coca-Cola Consolidated has a payout ratio of 2.8% meaning its dividend is sufficiently covered by earnings.

Separately, StockNews.com initiated coverage on shares of Coca-Cola Consolidated in a research report on Thursday, March 31st. They set a “strong-buy” rating on the stock. 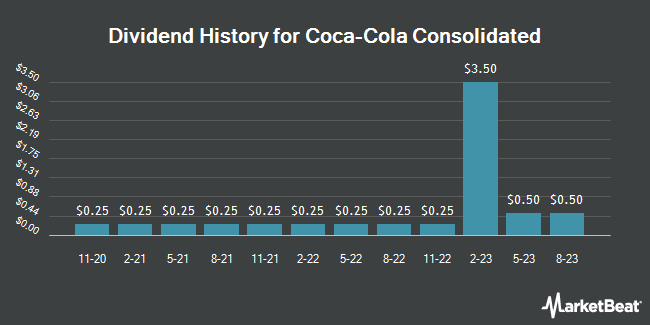 $13.81 Million in Sales Expected for Marchex, Inc. This Quarter