Novo Nordisk A/S (NYSE:NVO – Get Rating) was upgraded by investment analysts at Cowen from a “market perform” rating to an “outperform” rating in a research note issued on Monday, Briefing.com reports. The brokerage currently has a $130.00 target price on the stock. Cowen’s price objective would indicate a potential upside of 16.15% from the company’s current price.

Novo Nordisk A/S (NYSE:NVO – Get Rating) last issued its earnings results on Wednesday, February 2nd. The company reported $0.73 earnings per share (EPS) for the quarter, topping the consensus estimate of $0.71 by $0.02. Novo Nordisk A/S had a net margin of 34.00% and a return on equity of 72.70%. The firm had revenue of $5.89 billion for the quarter, compared to analysts’ expectations of $5.63 billion. During the same quarter last year, the business earned $0.64 earnings per share. As a group, analysts anticipate that Novo Nordisk A/S will post 3.35 EPS for the current year. 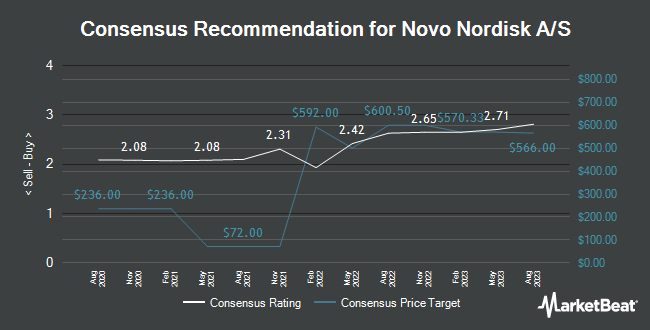