Logitech International (NASDAQ:LOGI – Get Rating) last posted its quarterly earnings results on Monday, January 24th. The technology company reported $1.40 earnings per share (EPS) for the quarter, topping analysts’ consensus estimates of $1.22 by $0.18. Logitech International had a return on equity of 35.43% and a net margin of 13.17%. The business had revenue of $1.63 billion for the quarter, compared to the consensus estimate of $1.50 billion. During the same quarter in the prior year, the company earned $2.33 EPS. On average, analysts expect Logitech International to post $4 EPS for the current fiscal year and $4 EPS for the next fiscal year.

In other news, General Counsel Samantha Harnett sold 1,320 shares of the firm’s stock in a transaction dated Monday, March 21st. The stock was sold at an average price of $74.24, for a total value of $97,996.80. The sale was disclosed in a legal filing with the Securities & Exchange Commission, which is available through this hyperlink. Company insiders own 0.60% of the company’s stock. 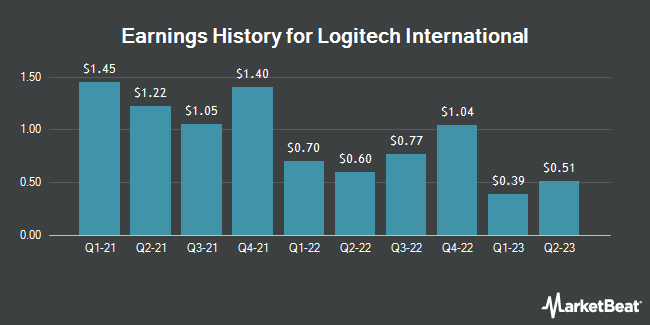