Equities analysts expect Root, Inc. (NASDAQ:ROOT – Get Rating) to post sales of $84.78 million for the current fiscal quarter, Zacks reports. Three analysts have made estimates for Root’s earnings, with estimates ranging from $69.50 million to $107.00 million. Root posted sales of $68.60 million in the same quarter last year, which would indicate a positive year-over-year growth rate of 23.6%. The firm is expected to announce its next quarterly earnings report after the market closes on Monday, January 1st.

On average, analysts expect that Root will report full year sales of $301.47 million for the current year, with estimates ranging from $246.70 million to $384.00 million. For the next financial year, analysts anticipate that the company will report sales of $247.81 million, with estimates ranging from $206.00 million to $307.00 million. Zacks’ sales calculations are an average based on a survey of sell-side research firms that that provide coverage for Root.

About Root (Get Rating) 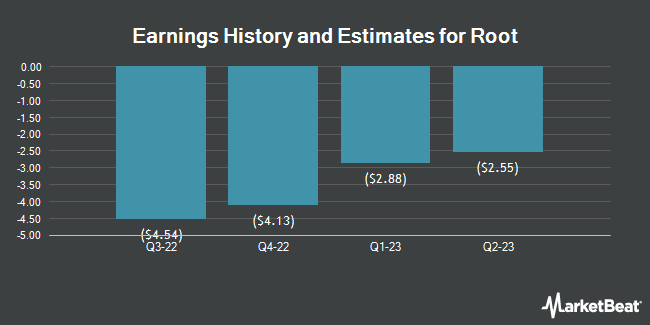