Associated British Foods plc (LON:ABF – Get Rating) announced a dividend on Tuesday, April 26th, Upcoming.Co.Uk reports. Shareholders of record on Thursday, June 9th will be paid a dividend of GBX 13.80 ($0.18) per share on Friday, July 8th. This represents a yield of 0.85%. The ex-dividend date of this dividend is Thursday, June 9th. The official announcement can be seen at this link. 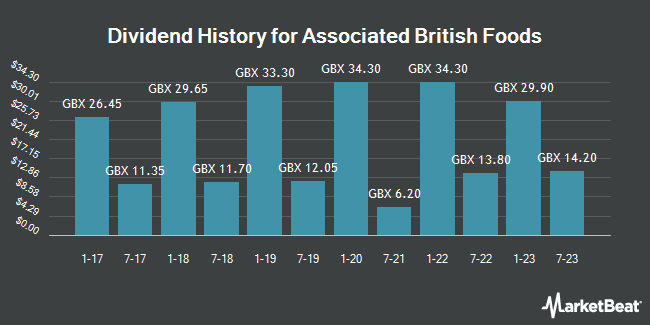