Royal Mail (LON:RMG – Get Rating)‘s stock had its “buy” rating reaffirmed by analysts at Berenberg Bank in a research note issued on Monday, Marketbeat.com reports. They presently have a GBX 650 ($8.28) target price on the stock. Berenberg Bank’s price target would indicate a potential upside of 88.41% from the stock’s previous close.

About Royal Mail (Get Rating) 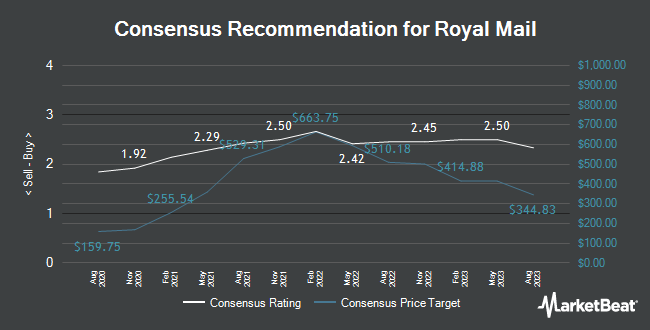 Analysts’ Upgrades for May 26th