Cannae Holdings, Inc. (NYSE:CNNE – Get Rating) major shareholder Cannae Holdings, Inc. sold 50,929 shares of the firm’s stock in a transaction on Friday, April 22nd. The shares were sold at an average price of $14.02, for a total value of $714,024.58. Following the completion of the transaction, the insider now owns 26,402,297 shares in the company, valued at approximately $370,160,203.94. The sale was disclosed in a document filed with the SEC, which is accessible through this link. Large shareholders that own at least 10% of a company’s stock are required to disclose their transactions with the SEC.

Cannae (NYSE:CNNE – Get Rating) last issued its quarterly earnings data on Thursday, February 17th. The company reported ($1.24) earnings per share (EPS) for the quarter, missing the consensus estimate of ($0.14) by ($1.10). The company had revenue of $181.90 million during the quarter, compared to analysts’ expectations of $200.40 million. Cannae had a negative net margin of 38.67% and a negative return on equity of 8.18%. During the same quarter last year, the firm posted ($0.06) earnings per share. On average, analysts anticipate that Cannae Holdings, Inc. will post 0.09 EPS for the current year.

Separately, Zacks Investment Research upgraded Cannae from a “strong sell” rating to a “hold” rating in a report on Tuesday, April 19th.

About Cannae (Get Rating) 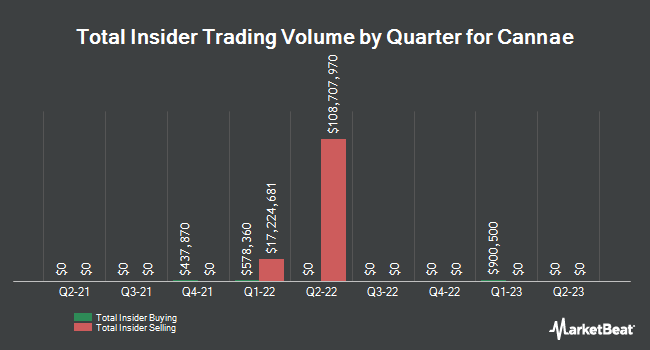