Carrefour (OTCMKTS:CRRFY – Get Rating) was downgraded by Zacks Investment Research from a “hold” rating to a “sell” rating in a research note issued on Tuesday, Zacks.com reports.

According to Zacks, “Carrefour S.A. operates hypermarkets, supermarkets, convenience stores and cash and carry stores in Europe, the Americas and Asia. Carrefour S.A. is headquartered in Boulogne-Billancourt, France. “

About Carrefour (Get Rating) 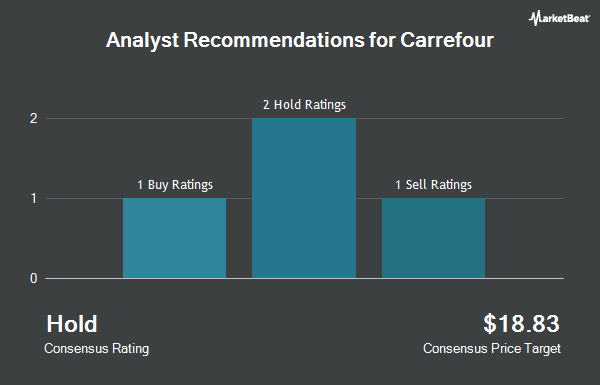 Complete the form below to receive the latest headlines and analysts' recommendations for Carrefour with our free daily email newsletter: