Coca-Cola Consolidated (NASDAQ:COKE – Get Rating) is scheduled to be announcing its earnings results after the market closes on Tuesday, May 3rd.

The business also recently announced a quarterly dividend, which will be paid on Thursday, May 12th. Investors of record on Thursday, April 28th will be issued a dividend of $0.25 per share. This represents a $1.00 annualized dividend and a yield of 0.21%. The ex-dividend date of this dividend is Wednesday, April 27th. Coca-Cola Consolidated’s dividend payout ratio is presently 4.96%.

Separately, StockNews.com began coverage on Coca-Cola Consolidated in a report on Thursday, March 31st. They set a “strong-buy” rating for the company.

About Coca-Cola Consolidated (Get Rating) 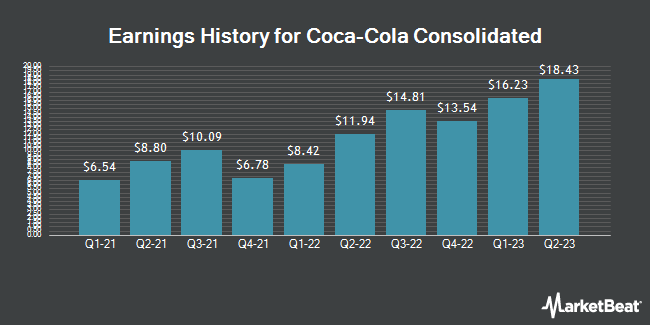