Middleby (NASDAQ:MIDD – Get Rating) had its target price cut by KeyCorp from $220.00 to $200.00 in a research report issued to clients and investors on Tuesday, The Fly reports. KeyCorp’s price target would suggest a potential upside of 30.36% from the company’s previous close.

Middleby (NASDAQ:MIDD – Get Rating) last announced its quarterly earnings data on Tuesday, February 22nd. The industrial products company reported $2.11 earnings per share (EPS) for the quarter, beating analysts’ consensus estimates of $2.07 by $0.04. The business had revenue of $866.40 million for the quarter, compared to analysts’ expectations of $847.41 million. Middleby had a net margin of 15.03% and a return on equity of 19.69%. The firm’s quarterly revenue was up 18.8% compared to the same quarter last year. During the same period last year, the firm posted $1.62 earnings per share. Equities research analysts predict that Middleby will post 9.98 earnings per share for the current fiscal year. 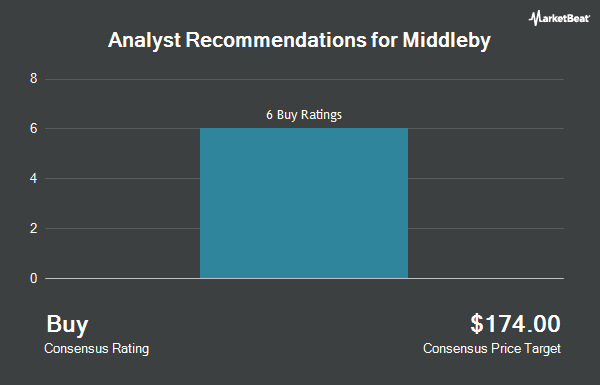