Lundin Gold Inc. (TSE:LUG – Get Rating) – Research analysts at Cormark issued their Q1 2022 earnings per share (EPS) estimates for shares of Lundin Gold in a research report issued on Monday, April 25th. Cormark analyst N. Dion forecasts that the company will post earnings of $0.39 per share for the quarter. Cormark currently has a “Neutral” rating and a $13.00 target price on the stock.

Lundin Gold (TSE:LUG – Get Rating) last released its quarterly earnings results on Wednesday, February 23rd. The company reported C$0.42 earnings per share (EPS) for the quarter, topping the Thomson Reuters’ consensus estimate of C$0.25 by C$0.17. The firm had revenue of C$235.05 million during the quarter.

About Lundin Gold (Get Rating) 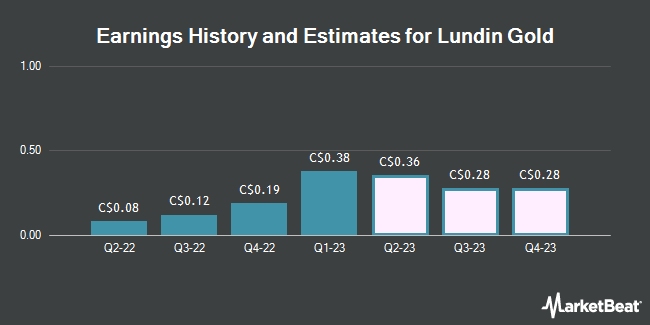 $0.55 Earnings Per Share Expected for Valvoline Inc. This Quarter

Clear Secure, Inc. Given Average Rating of “Hold” by Analysts

Complete the form below to receive the latest headlines and analysts' recommendations for Lundin Gold with our free daily email newsletter: