Spotify Technology (NYSE:SPOT – Get Rating) last released its quarterly earnings results on Wednesday, February 2nd. The company reported ($0.24) earnings per share for the quarter, topping analysts’ consensus estimates of ($0.45) by $0.21. The business had revenue of $2.69 billion during the quarter, compared to analysts’ expectations of $2.65 billion. Spotify Technology had a negative return on equity of 1.27% and a negative net margin of 0.34%. The company’s revenue was up 24.0% compared to the same quarter last year. During the same period in the prior year, the business posted ($0.79) EPS. Analysts expect that Spotify Technology will post -0.14 EPS for the current fiscal year.

Spotify Technology SA, together with its subsidiaries, provides audio streaming services worldwide. It operates through Premium and Ad-Supported segments. The Premium segment offers unlimited online and offline streaming access to its catalog of music and podcasts without commercial breaks to its subscribers. 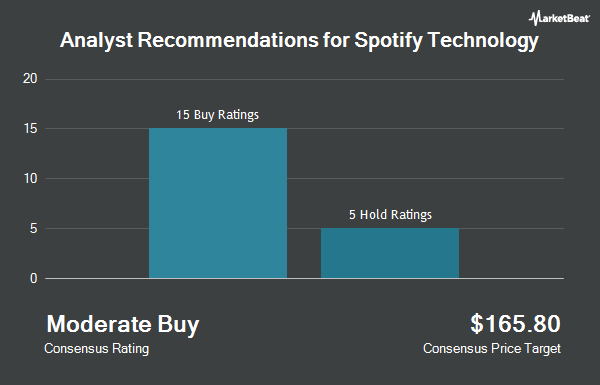 Complete the form below to receive the latest headlines and analysts' recommendations for Spotify Technology with our free daily email newsletter: