Coca-Cola FEMSA (NYSE:KOF – Get Rating) is set to announce its earnings results after the market closes on Thursday, April 28th. Analysts expect the company to announce earnings of $0.61 per share for the quarter.

The business also recently announced a semi-annual dividend, which will be paid on Friday, May 13th. Investors of record on Monday, May 2nd will be given a dividend of $1.3528 per share. This is a positive change from Coca-Cola FEMSA’s previous semi-annual dividend of $1.24. This represents a yield of 4.5%. The ex-dividend date is Friday, April 29th. Coca-Cola FEMSA’s dividend payout ratio (DPR) is currently 65.76%.

About Coca-Cola FEMSA (Get Rating) 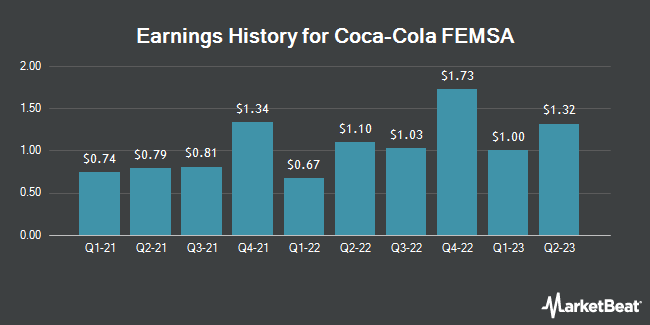 American Aires Inc. Short Interest Up 71.2% in May

Akzo Nobel Short Interest Down 44.4% in May

Alfa Laval AB Short Interest Up 78.8% in May