Enviva (NYSE:EVA – Get Rating) is set to release its earnings data after the market closes on Wednesday, May 4th. Analysts expect Enviva to post earnings of $0.11 per share for the quarter. Investors that are interested in registering for the company’s conference call can do so using this link.

In other Enviva news, Director Ralph Alexander acquired 1,614 shares of the stock in a transaction dated Thursday, March 3rd. The stock was purchased at an average price of $77.28 per share, with a total value of $124,729.92. The acquisition was disclosed in a document filed with the SEC, which is available through this link. Also, Director Jeffrey W. Ubben sold 501,691 shares of the business’s stock in a transaction that occurred on Monday, March 7th. The stock was sold at an average price of $75.38, for a total transaction of $37,817,467.58. The disclosure for this sale can be found here. 13.30% of the stock is owned by company insiders. 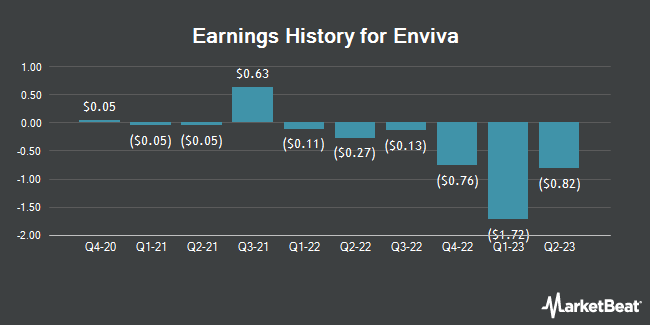