Greenidge Generation Holdings Inc. (NASDAQ:GREE – Get Rating) – Equities researchers at B. Riley dropped their Q2 2022 earnings per share estimates for Greenidge Generation in a research note issued on Tuesday, April 26th. B. Riley analyst L. Pipes now forecasts that the company will post earnings per share of $0.23 for the quarter, down from their previous estimate of $0.34. B. Riley currently has a “Buy” rating and a $42.00 price target on the stock.

Other analysts have also issued research reports about the company. Stifel Nicolaus started coverage on Greenidge Generation in a research note on Friday, March 25th. They issued a “hold” rating and a $10.00 price target for the company. Zacks Investment Research downgraded Greenidge Generation from a “buy” rating to a “hold” rating in a report on Tuesday, April 12th.

Greenidge Generation Holdings Inc operates an integrated bitcoin mining and power generation facility in the Town of Torrey, New York. It owns and operates data centers for bitcoin mining and blockchain services. As of September 30, 2021, the company had approximately 15,300 miners. It also generates and distributes electricity through a natural gas power generation facility with an installed capacity of 106 megawatt located in New York. 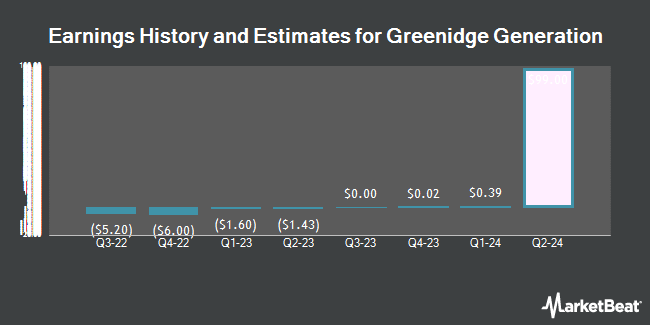 Sharps Technology, Inc.’s Quiet Period Will Expire on May 24th

Complete the form below to receive the latest headlines and analysts' recommendations for Greenidge Generation with our free daily email newsletter: