Ionis Pharmaceuticals (NASDAQ:IONS – Get Rating) will announce its earnings results before the market opens on Wednesday, May 4th. Analysts expect the company to announce earnings of ($0.68) per share for the quarter. Ionis Pharmaceuticals has set its FY 2022 guidance at EPS.Investors interested in registering for the company’s conference call can do so using this link.

In related news, EVP Patrick R. O’neil sold 6,792 shares of the business’s stock in a transaction on Tuesday, April 12th. The shares were sold at an average price of $40.06, for a total value of $272,087.52. Following the completion of the transaction, the executive vice president now directly owns 34,536 shares in the company, valued at approximately $1,383,512.16. The transaction was disclosed in a document filed with the SEC, which is accessible through the SEC website. Over the last quarter, insiders sold 7,525 shares of company stock valued at $302,085. Company insiders own 2.40% of the company’s stock.

About Ionis Pharmaceuticals (Get Rating) 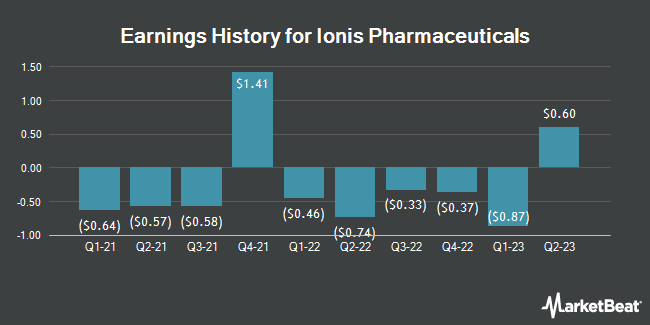