Vericel (NASDAQ:VCEL – Get Rating) will release its earnings data before the market opens on Wednesday, May 4th. Analysts expect Vericel to post earnings of ($0.15) per share for the quarter. Vericel has set its FY 2022 guidance at EPS.Persons that wish to listen to the company’s earnings conference call can do so using this link.

Vericel (NASDAQ:VCEL – Get Rating) last announced its earnings results on Thursday, February 24th. The biotechnology company reported $0.09 earnings per share (EPS) for the quarter, missing the consensus estimate of $0.17 by ($0.08). Vericel had a negative net margin of 4.78% and a negative return on equity of 4.83%. The business had revenue of $47.60 million for the quarter, compared to analysts’ expectations of $48.09 million. During the same period in the prior year, the business earned $0.25 earnings per share. The company’s revenue for the quarter was up 5.3% compared to the same quarter last year. On average, analysts expect Vericel to post $0 EPS for the current fiscal year and $0 EPS for the next fiscal year.

VCEL has been the subject of several research reports. SVB Leerink increased their price target on Vericel from $40.00 to $45.00 and gave the stock an “outperform” rating in a research note on Friday, February 25th. StockNews.com initiated coverage on shares of Vericel in a report on Thursday, March 31st. They set a “sell” rating on the stock. TheStreet cut shares of Vericel from a “c-” rating to a “d+” rating in a research report on Thursday, March 31st. Finally, Zacks Investment Research cut shares of Vericel from a “hold” rating to a “strong sell” rating in a research report on Wednesday, January 12th. Two investment analysts have rated the stock with a sell rating, one has issued a hold rating and three have assigned a buy rating to the company’s stock. According to MarketBeat.com, the company presently has a consensus rating of “Hold” and an average price target of $54.00.

About Vericel (Get Rating) 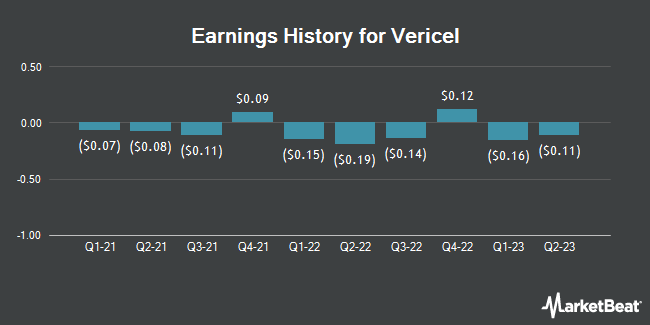 Analyzing MaxCyte and The Competition

Analyzing Astra Space and Its Rivals

Head to Head Analysis: Rallybio vs. Its Competitors