Canadian Pacific Railway Limited (NYSE:CP – Get Rating) (TSE:CP) declared a quarterly dividend on Tuesday, April 26th, Zacks reports. Stockholders of record on Friday, June 24th will be given a dividend of 0.152 per share by the transportation company on Monday, July 25th. This represents a $0.61 dividend on an annualized basis and a dividend yield of 0.84%. The ex-dividend date of this dividend is Thursday, June 23rd. This is a boost from Canadian Pacific Railway’s previous quarterly dividend of $0.15.

About Canadian Pacific Railway (Get Rating) 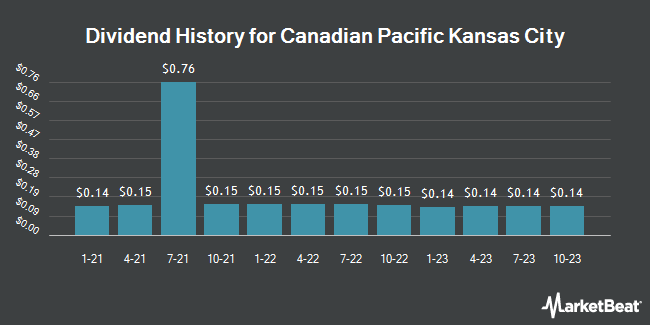 HeidelbergCement Given a €56.00 Price Target at The Goldman Sachs Group

General European Strategic Investments Inc. Short Interest Up 2,598.2% in May